The physical model neuromorphic computing system "BrainScaleS" (NM-PM) has been developed in the EU funded BrainScaleS project (project end March 2015). The system is build on research performed in the EU funded FACETS project. It features per system about 200.000 point neurons and 40 Million synapses using a full interconnected wafer. The first version of the system 'NM-PM1' at the end of the 2.5 year ramp-up phase of the HBP project (March 2016) contains 20 such wafer systems.

Four BrainScaleS systems fit into one standard 19 inch rack. 5 racks are used for the 20 systems which combined are the version 1 release of the HBP neuromorphic computing platform. The two center racks are for the conventional computers and the power supplies for the system.
Status of the system on 30 March 2016 (large): 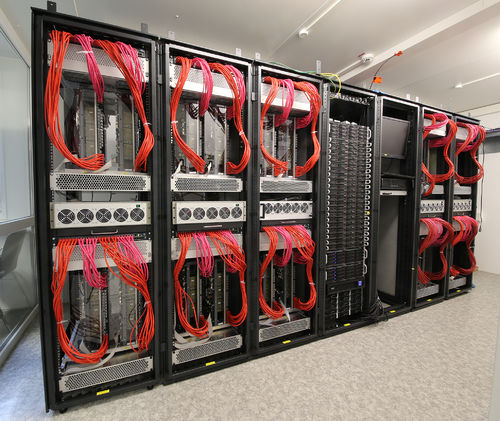 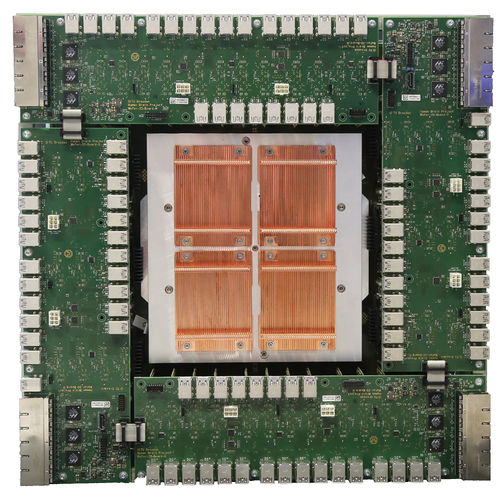 The components of one system: (large)

Each system contains a wafer with post-processing to interconnect the reticles on the wafer. Shown here is the V4.1 version of the wafer - the version available since March 2016: 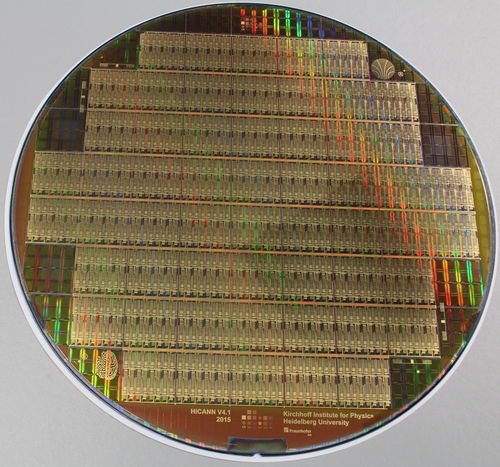 One system in an exploded rendering: 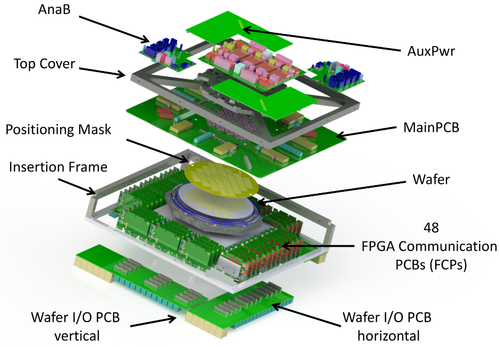 One system, equipped with all FPGA boards: 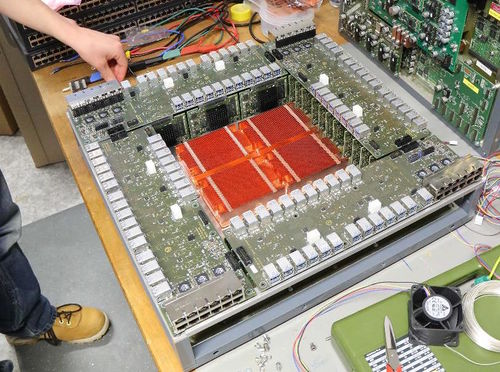